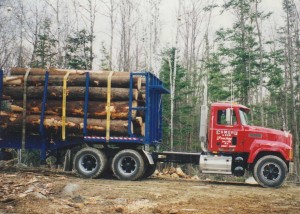 Bryan’s experience, knowledge, and passion for the woods began at a young age in New Hampshire’s “North Country”, where he was born and raised. As a teenager, he began working for the family logging business his father has owned and operated for over 30 years now.

Through his experience, he learned how to operate equipment, utilize forest products, maximize a landowner’s financial return, and to respectfully, responsibly, and sustainably manage the land. It was during his high school years that he gained a great appreciation for forest ecology, wildlife management, and all the natural resources that are connected to our forests. 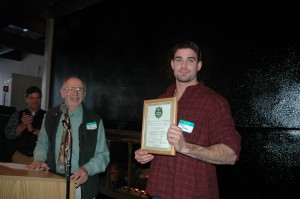 Bryan’s upbringing in the forest industry led him to pursue an education in Forestry at the Thompson School at UNH. During his collegiate career, Bryan received several academic awards for his knowledge in Forestry, including the North American Forest Technician Honorary for Superior Academic Achievement Award and the Society of American Foresters Forestry Student of the Year Award.

After graduating from UNH Bryan immediately received a job with the State of NH, Division of Forests & Lands working as a Forester in their Forestry & Wildlife position. This position is a collaborative relationship with NH Fish & Game to manage State owned reservations for multiple resources such as sustainable forest growth and timber production, and wildlife habitat management. In this position, Bryan was responsible for the forest management on Fish & Game owned parcels referred to as Wildlife Management Areas (WMA’s).

He also spent time working on State Forests and Parks such as Bear Brook and Pawtuckaway State Park along with dozens of additional State lands. Bryan’s primary responsibilities were to implement commercial forestry via timber sales with a direct focus on wildlife habitat management. Bryan worked closely with Fish & Game biologist to write management plans and layout logging projects that would target individual species of concern or would create dynamic habitat conditions for the greatest suite of wildlife species. 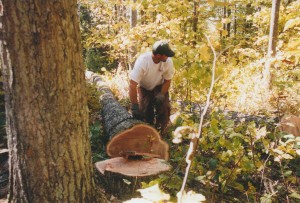 During Bryan’s 12 year career as a State Lands Forester he gained valuable experience in many other areas of forestry collaborating with multiple agencies to consider sensitive resources such as the Natural Heritage Bureau for rare plants and exemplary natural communities, Historical Resources for stonewalls, cellar holes, wells, and Native American sites, and Parks and Recreation. Since these were all public lands, recreation was a large component on each parcel. All management co-existed with existing trails and a diverse set of user groups including snow machines, mountain bikes, hunters, equestrian groups, and hikers.

In 2011 Bryan started Dalton Mountain Forestry, LLC to provide services in forestry and wildlife habitat management to private landowners. In 2013 Bryan expanded and grew his business working for a variety of landowner types all across NH and Vermont. During this time Bryan also purchased an excavator and tractor to expand the company’s services to include field mowing, constructing fields and permanent wildlife openings and creating or improving woods roads and recreational trails.

Get a free woodlot assessment!

Before starting any woodlands project, be sure that you’re working with a licensed forester. Bryan Comeau is officially licensed by the NH Board of Foresters. 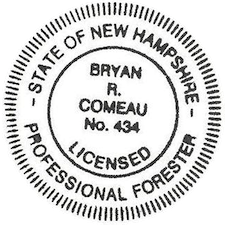 Bryan is also a licensed forester in the state of Vermont. 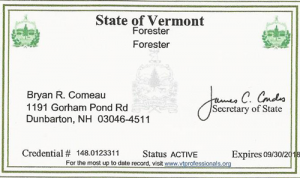